You are here: Home / Settlement Stories / Chapter of the Twenty / Jordan Historical Museum of the Twenty, founded 1953

JORDAN HISTORICAL MUSEUM OF THE TWENTY FOUNDED IN 1953 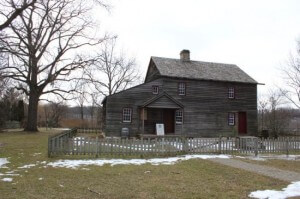 The Fry House (top) and the old Jordan School House (bottom) on the grounds of the Jordan Historical Museum of The Twenty.  Museum Director Helen Booth will speak on the construction and history of these two buildings in her presentation entitled “Stories of Wood and Stone”, at the joint 60th anniversary banquet of the PGFSO Chapter of The Twenty and the Jordan Museum, to be held on Saturday, May 4th, 2013, at Trinity United Church.

A 1957 issue of the Ontario Historical Society’s Newsletter lists the Jordan Historical Museum of The Twenty as an affiliated museum, with Barbara Coffman the Secretary at that time. The ground-breaking role played by the Jordan Museum was illustrated by the notice of a Museum Seminar and Dinner Meeting to be hosted by them February 25th to March 1st, 1957. It was to be the first meeting of its kind held in Canada for the purpose of studying problems common to every museum type, whether art, history or science.  Among a number of addresses to be presented was “Organizing a Small Museum and Planning Its Space Needs”, by Miss Ruth Home, and “Museum Finance”, by Mr. P. Torno.

In late April, 1961, Fred Nunnamaker, President of the board of directors was presented with the charter for the museum from Philip Torno of Toronto, representing the Jordan Wine Company, sponsors of the museum project.

The official opening of the Jordan Museum was held on Saturday, May 9th, 1953.  The successful community project was cited as an example to the rest of Canada by the Hon. Louis O. Breithaupt, Ontario’s Lieutenant Governor, when he officially opened the museum.  Interest in the endeavour was reflected by the large crowd attending the ceremony. Descendants of some 17 pioneer families were presented to the Lieutenant Governor.  The oldest surviving representative members of each family presented were:  Curtis High, Manley Ball, Lawrence Hipple, Howard Rittenhouse, Wray Honsberger, Ira Moyer, Wesley High, John Wismer, Harper Moyer, Norman Foster, Donald Claus, William Fretz, Melvin Honsberger, Bruce Haynes, Webster High, Stanley Price and Harvey Gregory.

A large tea with floral arrangements was held at the opening.  Overall convenors were Miss Ina Burkholder and Miss Delia Reid.  Among the organizations participating were:  The Union Branch Women’s Institute; Vineland Women’s Institute; Community Builders Women’s Institute and the Jordan Home and School.  A number of ladies and Girl Guides were in charge of serving the Lieutenant-Governor’s table.   – L. Rittenhouse